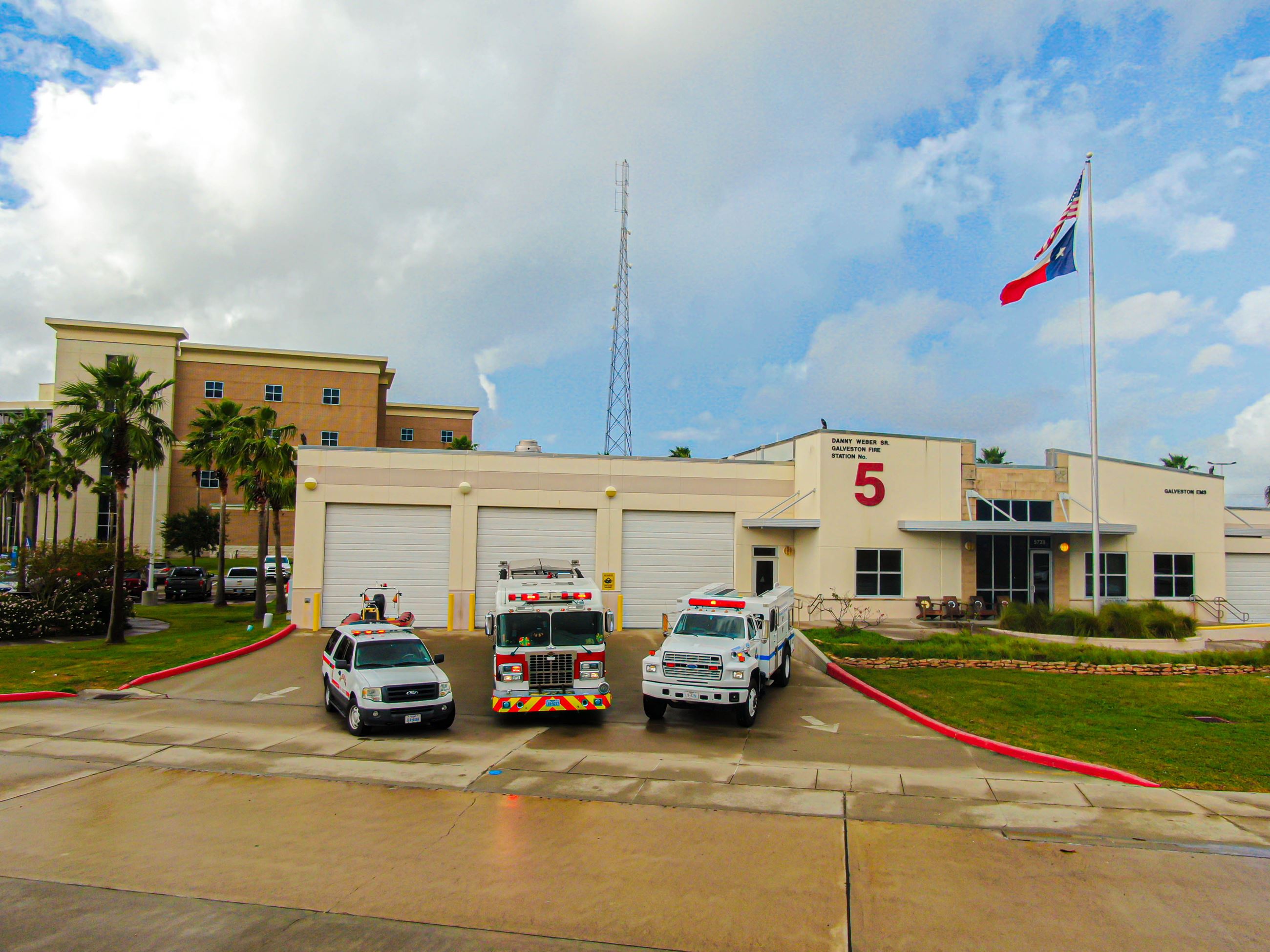 Fire Station #5 protects the Midtown area including Pelican Island. This area also includes the Galveston Island Convention Center, The San Luis Resort, and the western portion of the Port of Galveston. Originally located at 56th St. near Ave. K, the station was destroyed by floodwater during Hurricane Ike in September 2008. The current station was relocated and opened for service in June 2010.