Chris Harrison was promoted to Assistant Chief of Prevention (Fire Marshal) in 2017. He began his career in the Galveston Fire Department in July of 1999, promoted to Engineer in 2004, Captain in 2007, and Battalion Chief in 2014. During that time, Chief Harrison also served as Assistant Fire Marshal.

Chief Harrison earned an Associate of Applied Science in Fire Protection Technology from College of the Mainland, a Bachelor of Applied Science in Fire Science Administration from Waldorf University, and a Master of Arts in Organizational Leadership from Waldorf University. He holds Master Firefighter, Inspector, Investigator, and Peace Officer certifications, as well as numerous other certifications through the Texas Commission on Fire Protection, Texas Department of State Health Services, and other agencies. A graduate of the Texas Fire Chiefs Academy, the Texas A&M Fire Service Chief Executive Officer program, and the Law Enforcement Management Institute of Texas Fire Executive Management Training program, Chief Harrison is a lifelong student.

A proud veteran, Chief Harrison has been fortunate to serve in the Army Reserve and Air National Guard and has been deployed to Afghanistan in support of Operation Enduring Freedom.

Chief Harrison’s goal for the Prevention Division is to keep citizens and Fire Fighters safe through proactive code administration and thorough investigations.

Daniel Martinez began his career with the Galveston Fire Department in February of 2004. Starting out as a firefighter on Engine 1 C-shift, promoting to Engineer in 2009, Captain in 2014, and is now assigned as the Assistant Fire Marshal.

Daniel Martinez has earned an Associate of Applied Science in Fire Protection from College of the Mainland and Peace Officer Certification from Galveston College. He holds a Master Firefighter certificate, Basic Inspector and Arson/Fire Investigator, as well as numerous other certifications through the Texas Commission on Fire Protection, Texas Department of State Health and other agencies.

Alongside his career with the Galveston Fire Department, Daniel Martinez has worked as a Foreman for Metro Fire where he supervised and led a team who outfitted fire trucks for different cities all over the state of Texas. He has also worked as an adjunct instructor at College of the Mainland and San Jacinto College in their Fire Academy programs, teaching and leading the next generation of firefighters. Daniel is committed to the fire service in every aspect.

Daniel’s goal for the Prevention Division is to provide the safest environment for the Galveston citizens, business owners and Galveston Fire Department personnel through active participation, code enforcement and thorough investigations.

Anthony Tyler started with the Galveston Fire Department in the Prevention Division in August of 2021.

Tyler began his career in Public Safety with Springfield Massachusetts Police Department in June of 2008. During that time, Tyler served as a patrol/narcotics officer, field training officer, tactical K9 handler, and academy instructor. In October of 2016, he moved to Texas and transferred to the Galveston police department. Since coming to the Great State of Texas, Tyler has worked as a patrol officer, an investigator, the Detective Sergeant/lead investigator for the Hitchcock Police Department’s Criminal Investigative Division, an arson investigator for the City of Kemah.

Tyler earned an Associate of Applied Science in Criminal Justice and Associate of Communications Science from Holyoke Community College. He holds an Advanced Peace Officer License through the Texas Commission on Law Enforcement, as well as basic instructor and various defensive tactics and weapons instructor certifications. He has Basic Inspector and Fire/Arson Investigator certification with the Texas Commission on Fire Protection.

Tyler’s goal for the Prevention Division is to provide the Galveston Fire Department personnel, Galveston businesses, and Galveston residents a safe environment through dedication and thorough investigations, as well as a commitment to bettering himself and the Fire Departments investigative processes. 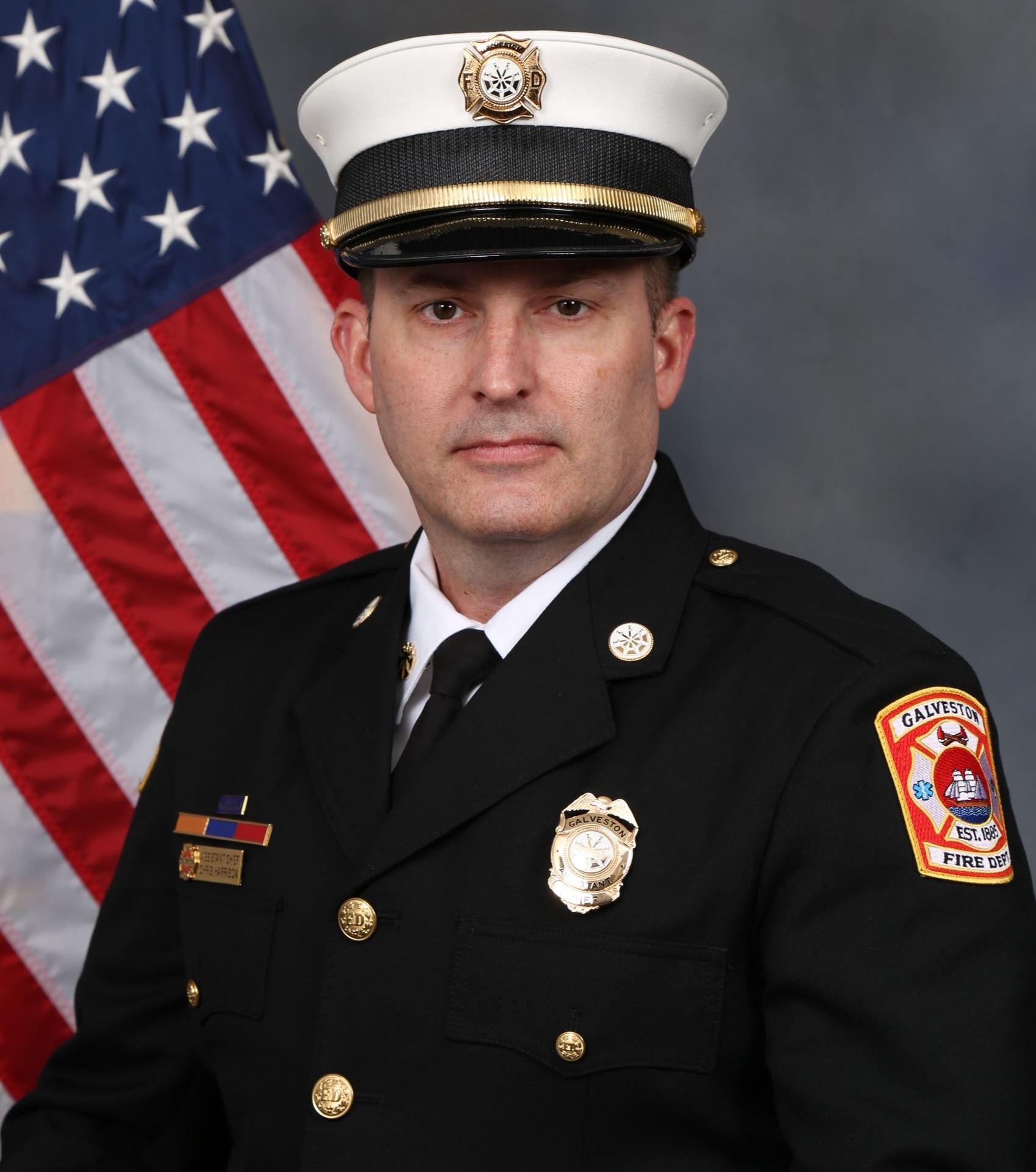 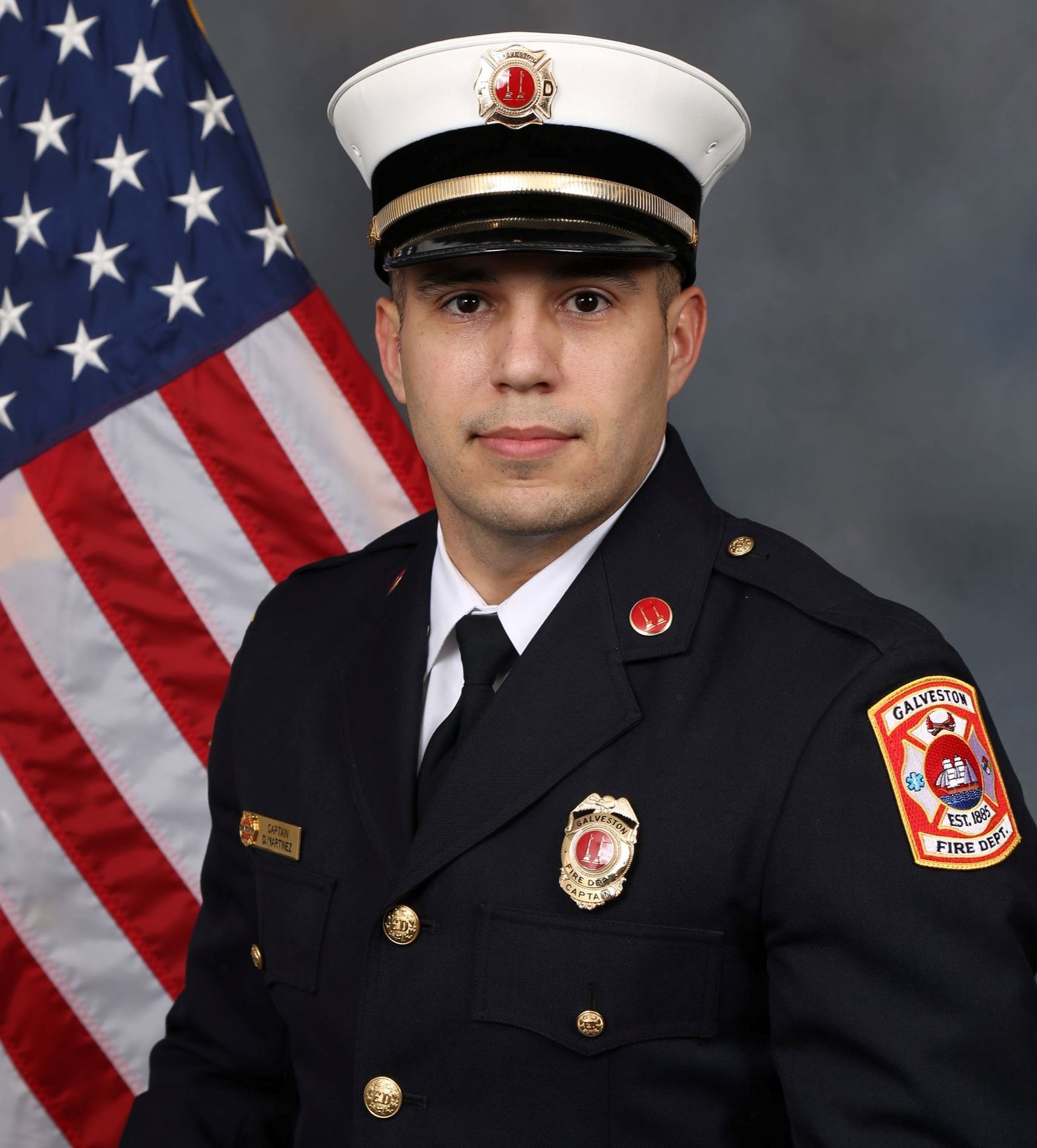